Olympic triple jump champion Olga Rypakova of Kazakhstan will be the top star to watch in the women’s competition at the 7th Asian Indoor Athletics Championships which kick off this weekend at the Aspire Dome in Doha.

More than 400 athletes representing 37 nations are expected to compete at the event at Doha’s state-of-the-art athletics facility between February 19 and 21, 115 of those entered in the 13 women’s disciplines.

None shine as bright on the women’s programme at the moment than the 31-year-old who has displayed time and again her ability to earn medals at major events.

Her first came at the 2005 edition of these championships where she took surprise gold in the pentathlon. That was followed a year later by her first major career double medal performance when she won the heptathlon and finished third in the long jump at the Asian Games in Doha. After that her focus shifted entirely to the jumps where the Aspire Dome has played a key role.

In 2008 she won Asian indoor triple jump title here and returned two years later to take world indoor gold in the event with a 15.14m leap, an Asian record that still stands. More recently she leapt to bronze at the 2015 world championships in Beijing. Her outdoor best of 15.25m ranks her eighth among jumpers all-time.

Rypakova leads a formidable Kazakh squad who arrive with ambitions to top the women’s medal tables.

In the 60 metres, Victoriya Zyabkina, a two-time Asian champion in the 200 metres, comes to Doha on the heels of her 7.20 national record to take on the role of favourite. Likewise in the 400 metres where Elina Mikhina’s 53.37 season’s best is more than a full second faster than any other Asian. The pair will make Iranian Maryam Toosi’s quest to defend her titles over both distances extremely difficult.

Nonetheless, China’s overall depth could prove too much for Kazakhstan’s aspirations.

The powerhouse is led by Li Ling, the Asian record holder (4.51 indoors, 4.66m outdoors) in the pole vault, who’ll be challenged by teammate Menquian Ren and Tomomi Abiko of Japan, the defending champion.

Zheng Xingjuan, the runner-up at these championships in 2014, returns as a solid medal threat in the high jump, aiming to unseat defending champion Svetlana Radzivil of Uzbekistan. Radzivil (1.97m PB) also leapt to gold at the 2015 Asian Championships.

Minjia Lu, the 2015 Asian long jump champion, will start as favourite in her specialty, while Xiaohong Li arrives as a strong medal hopeful in the triple jump, as does shot putter Tianqian Guo, the 2015 Asian champion.

Other athletes to watch include Oluwakemi Adekoya of Bahrain, the 2014 Asian Games and 2015 Asian championships gold medallist in the 400 metres hurdles, who will compete here in the 400 metres.

The Bahraini squad also includes Mimi Belete, a four-time Asian championships medallist over 1500 and 5000 metres, who leads the field over the shorter distance. She’s clocked 4:00.08 in the metric mile outdoors.

Meanwhile, the weekend will provide the first taste of a championship experience for Qatar’s squad of five: Fatemah Sassanipoor in the pentathlon, Bashair Obaid Almanwari in the 60 metres, Dalal Mesfer Al Harith in the 400 metres, Sara Ahmed Al Mannai in the shot put, and Mariam Farid, who’ll join Sassanipoor, Almanwari and Al Harith in the 4×400 metre relay. 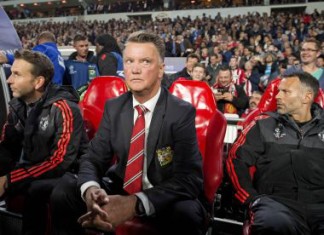 0
Manchester United suffered a miserable return to the Champions League after a 12-month hiatus as full-back Luke Shaw suffered a double fracture to his...