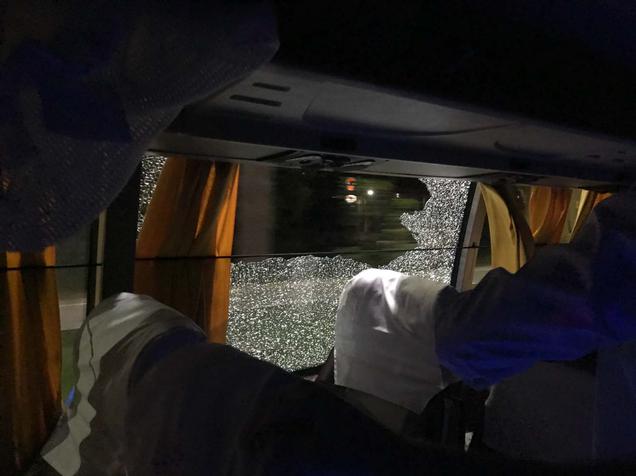 Guwahati: The Australian cricket team survived a security scare after the second T20 International against India when a “rock” was thrown at the team bus, leaving the visiting players scared.

Luckily, no player got injured as the nearest seat to the window pane remained unoccupied but raised a question mark on Assam Cricket Association and state police’s security arrangements for the match at the newly-constructed stadium in Barsapara.

Senior batsman Aaron Finch was the first one to post a photograph of the damaged window pane on his twitter account, admitting that they were scared.

“Pretty scary having a rock thrown through the team bus window on the way back to the hotel!!” Finch posted on his official twitter handle.

The Assam Cricket Association secretary Pradip Buragohain informed that the incident took place when the team was heading back to the hotel after beating India by eight wickets in the second T20 International.

“We made every attempt to ensure a foolproof security but don’t know how this happened. It was near the team hotel and not at the crowded street near the stadium,” Buragohain told PTI today.

“The police have already arrested two persons and are investigating into the matter. I can assure that such incident won’t occur in future again. There will be a thick security cover when the Australian team leaves for Hyderabad,” he added.

“The stone thrown at the Aussie team bus shows us in bad light, let’s all act more responsibly. A vast majority of us are capable of that,” Ashwin tweeted.

The state association also faced criticism from journalists with complete mismanagement at the media box.

It proved to be a nightmare for journalists, who struggled with the basic facilities like internet to cover the match but it fell on deaf ears of the ACA.

There was no internet connectivity in the media box, which had one TV to cater to about 250 jouralists, while the washroom ran out of power.

However, what worked inside the media box was the public address system that played out songs and “welcomed” the spectators with loud announcements till it was forced to be disconnected. 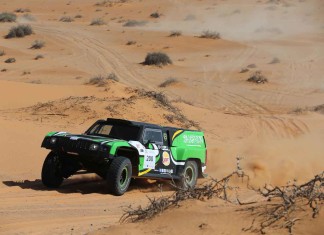 Nine sailing teams get set for EFG Sailing Arabia – The...