Amman, Jordan: There is just no stopping rally legend Nasser Saleh Al Attiyah who is on his way to Jordan having clinched his second FIA World Cup for Cross Country Rallies in Morocco this weekend.

And the Qatari has another big record to close in on during his trip to Jordan where he can not only secure his 11th FIA Middle East Rally Championship drivers crown but also come within one win of driving icon Mohammed Bin Sulayem’s record of 60 regional rally wins.

“The Jordan Rally has a special place in my heart and is definitely one of my favourite events of the year,” said Al Attiyah after winning in Morocco. “I spent four years schooling in Amman when my parents moved there and I have huge support so I can’t wait to compete next week.

“It is such a well organized rally and still enjoys the support from His Majesty King Abdullah II and of course His Royal Highness Prince Feisal Al Hussein who has worked hard to make the Jordan Rally one of the world’s best rallies.”

Al Attiyah only needs a top six finish to confirm his 11th title in 13 years but victory will move him on to 59 Middle East wins, just one away from the man who previously dominated the scene, Bin Sulayem.

“Records are there to be broken but it is not something I go out to do as I am just focused on trying to do my best in whichever race I am competing in,” he said.

Al Attiyah has been in stunning rallying form this season with regional wins in Qatar, Kuwait, Iran and Cyprus, and just one glitch in Lebanon where he crashed out early on.

He added that he will complete the season in Oman and UAE regardless of the result in Jordan, which is round six of the right-round series.

The Jordan Rally gets under next Thursday afternoon with a full programme of activity starting with the spectator event in Abdoun Circle from 2.30pm and then a thrills and spills 2.5km super special stage close by from 4.30pm.

Following that, fans will be treated to two days of top class rallying in and around the Dead Sea and Jordan Valley areas featuring 264.47 kilometres spread over 20 timed stages. 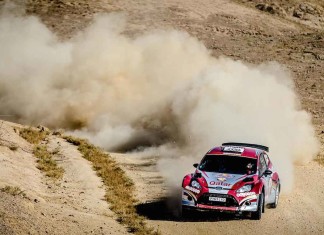 AIBA Pro Boxers on the undercard of Wladimir Klitschko vs Tyson...