Rohan Bopanna and Pablo Cuevas of Uruguay won the doubles title in the Erste Bank Open here on Sunday. They saved two match points at 7-9 in the super tie-break to beat Marcelo Demoliner and Sam Querrey 7-6(7), 6-7(4), 11-9.

In a classic that lasted an hour and 46 minutes, both teams did not drop serve.

“Absolutely brilliant. It is the first year in which I have won an ATP 250, 500, & 1000 titles. I had made all three finals before. It is really nice to play with Pablo,” Bopanna was quoted by the ATP.

The title here worth 500 ATP points and €132,030 for the Indo-Uruguayan pair. It was the third Tour title of the season for the 37-year-old Bopanna, ranked 17 in the world, and second with Cuevas following the one in Monte Carlo. He had started the season by winning the Chennai Open with compatriot Jeevan Nedunchezhiyan. Bopanna has 17 doubles titles so far.

In the €106,000 Challenger in France, Divij Sharan and Scott Clayton of Britain lost to Sander Arends and Antonio Sancic 6-4, 7-5 in the final. 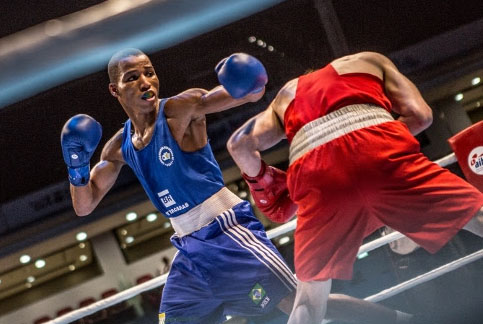 AL ATTIYAH CLOSES IN ON BIN SULAYEM RECORD IN JORDAN

JORDAN RALLY ‘MUCH MORE THAN A SPORTING EVENT’