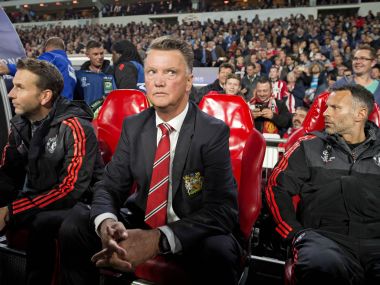 Manchester United suffered a miserable return to the Champions League after a 12-month hiatus as full-back Luke Shaw suffered a double fracture to his leg during Tuesday’s 2-1 defeat at PSV Eindhoven.

Real Madrid had no such trouble as Cristiano Ronaldo scored a hat-trick in a 4-0 thrashing of 10-man Shakhtar Donetsk.

But the main talking point in the Netherlands was Shaw’s terrible injury that saw him taken to hospital, and will now require an operation.

“It’s horrible. When he was going in the dressing room, he was with the oxygen mask, he was crying,” said United manager Louis van Gaal. Asked how long he thought Shaw’s recovery would take Van Gaal said: “I am not a doctor, so I can’t say. A double fracture, it generally takes six months, but you can never say in advance.”

The England international was surging into the box when he was crunched by a dangerous tackle from Mexico international Hector Moreno.

“I’m really sorry. I think I played the ball,” said Moreno. “I just hope he’ll be back as soon as possible.”

Shaw received treatment for eight minutes on the pitch.

Memphis Depay gave United the lead against his former club with a sublime goal on 41 minutes.

But Moreno, who was perhaps lucky just to still be on the pitch, let alone to have not even given away a foul for his challenge, equalised through a deflected header from a corner just before the break.

If that equaliser was against the run of play, PSV’s second had an element of smash-and-grab about it as Luciano Narsingh headed home a deep cross from Maxime Lestienne.

United dominated in terms of possession, territory and chances but simply could not find another goal.

In Madrid, France striker Karim Benzema gave the hosts a 30th minute lead, although Gareth Bale had already gone off for Real with a calf injury.

Taras Stepanenko then got sent off for a second booking five minutes into the second period and Ronaldo took over.

He scored two penalties and then headed in a third to take his tally of goals within the week to eight following five in La Liga at the weekend.

“I am very happy. I thank my teammates for the confidence they have given me,” said Ronaldo, who said his side have hit their stride since drawing their opening La Liga match.

“We started a little badly in La Liga with a draw, but since then we have been good, more consistent and we’re on a good run.”

The 27-year-old Argentina international was bought from Manchester United to help PSG take the next step on the continental stage after three straight Champions League quarter-final exits.

And he ran onto Marco Verratti’s pass before beautifully finishing past Johan Wiland in the Malmo goal.

Uruguay striker Edinson Cavani added a second on the hour mark as he headed home a Zlatan Ibrahimovic flick from Maxwell’s left-wing cross.

PSG should have won more handsomely but Ibrahimovic, in particular, was wasteful. 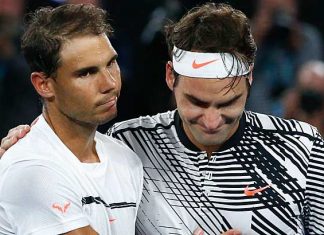 Rafael Nadal withdraws from Basel but commits to Paris Masters amid...

0
The top ranked player hinted at changing his schedule following his Shanghai Masters final defeat to the Swiss, where his right knee was taped...

Alex Cudlin gets double win in the opening round of Qatar...