Qatar: The Doha 2015 IPC Athletics World Championships have officially opened following a spectacular Opening Ceremony in Katara Cultural Village where the world’s most incredible para-athletes came together for a celebration of unity, diversity and achievement on the eve of the start of the competition.

“It is an honour to welcome the world’s best para-athletes to the global sports hub that is Doha for not only the biggest, but the first-ever para-sport event of this magnitude to come to the Middle East. Katara is a place that unites the cultures of the world and embraces the diversity of human development, and there is no better place to unite and celebrate the incredible world of para-sport. I would like to extend my thanks to Katara for all their help and support.”

“These World Championships are another proud milestone in our long history of hosting major international events, and we look forward to showcasing the very best of para-sport in a truly groundbreaking event that will inspire and excite spectators around the world, spreading the Paralympic values of courage, determination, inspiration and equality.” 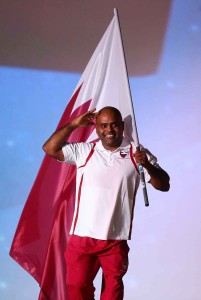 With fireworks filling the sky with colour over the Katara amphitheatre late last night, athletes and guests alike were left to reflect over a truly powerful and moving Opening Ceremony impeccably hosted by Doha 2015 IPC Athletics World Championships local youth ambassadors Ghanim Al Muftah, a 13-year-old boy born with the rare Caudal Regression Syndrome, and Nojood Mohammed Yacoub al-Kubaisi, a 12-year-old girl growing up with hearing impaired parents, who has become a specialist in sign language.

The interactive show took the audience on a tour through the history of Qatar and the development of the Paralympic movement worldwide, and featured stunning performances from the Ninebot Ballet and wheelchair acrobat Aaron Fotheringham, as well as a touching sequence where disabled and able-bodied performers came together to celebrate the unifying spirit of sport. The Doha 2015 IPC Athletics World Championships were officially opened by H.E. Sheikh Joaan bin Hamad bin Khalifa al-Thani, President of the Qatar Olympic Committee.

Sir Philip Craven, President of the International Paralympic Committee, was impressed after witnessing the incredible Opening Ceremony in Katara: 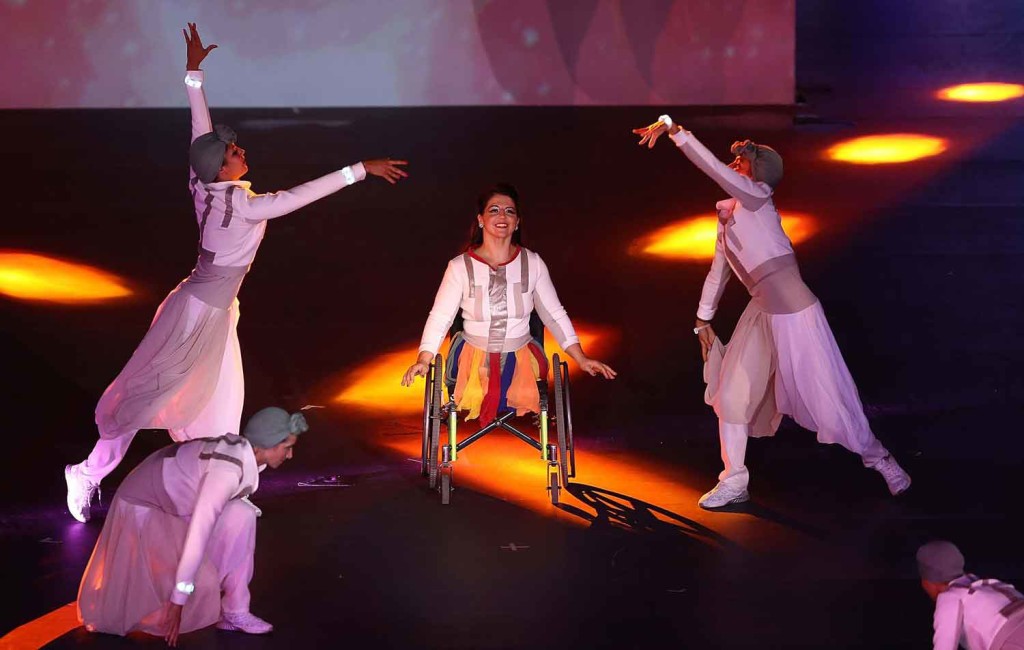 “Organising the biggest para-sport World Championships ever is not an easy feat, and I would like to pay tribute to the President of the Doha 2015 Organising Committee Dr. Thani Abdulrahman Al-Kuwari.  He and his team have done a tremendous job, whilst huge credit should also be given to the Qatar Olympic Committee, the Qatar Paralympic Committee and all the corporate partners for ensuring this is the best prepared World Championships to date. 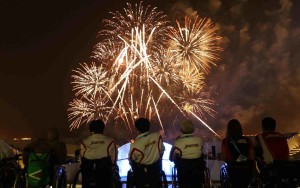 “Here in Doha we have a record 1,300 athletes from 100 countries and more media and broadcasters than ever before.   Not only does this highlight the growing participation in para-athletics around the globe but also the increasing worldwide interest in the sport.”

The 2015 IPC Athletics World Championships will take place at Qatar Sports Club from 21-31 October and will see the world’s most incredible athletes competing to be best in the world and vie for qualifying spots for the Rio 2016 Paralympic Games.

Tickets are priced at 200QR and ca be purchased online at https://doha2015.q-tickets.com, in Villaggio, Landmark and City Centre malls, as well as in ticket booths at the ground. Children below the age of 4 and pensioners aged 60+ go for free. All proceeds will be donated to charity. 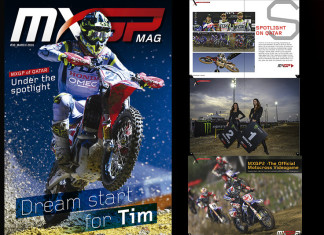 Dubai Autodrome plays host as drivers prepare for the penultimate round...