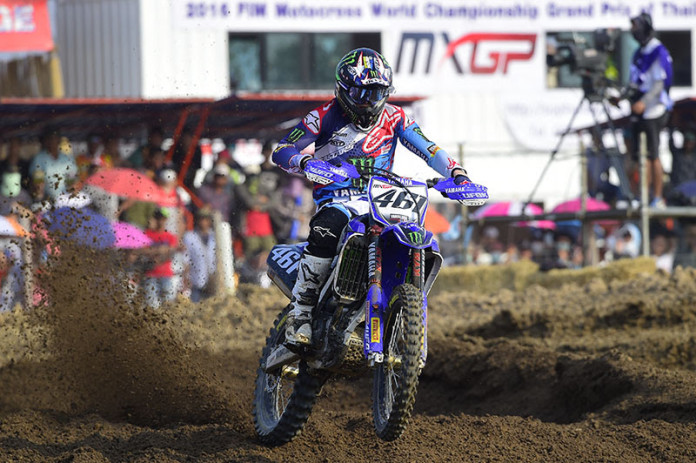 UPHAN BURI (Thailand), 06 March 2016 – Throttle control was the key to the race here at the second round of the FIM Motocross World Championship in Suphan Buri, Thailand, as the seemingly perfectly prepared track baked rock hard in the direct sunlight and became treacherous with deep ruts and patches of blue groove clay. It was a test of the best that saw Monster Energy Yamaha Factory Racing’s Romain Febvreand Red Bull KTM Factory Racing’s Jeffrey Herlings win both motos in their respective classes to prove that they are the smoothest, most flowing and finesse-savvy riders so far in 2016.

With two rounds in the bag and a MXGP class full of youth as well as experience, it’s the young-guns who are turning heads. Both of last years world champions Monster Energy Yamaha Factory Racing’s Romain Febvre and Honda Gariboldi’s Tim Gajser have taken ownership of the top two steps of the podium for the second time in succession. While it was Gajser who posted a perfect score at the season opener in Qatar last weekend, this time the tables were turned as Romain Febvre upped the intensity and used his smoothness and precision to win both races for the his first overall win of the season and will now head to round three as the championship points leader.

In contrast to Febvre’s smoothness and meticulous approach to such an unforgiving track, Gajser used his incredible strength to control his flamboyant style as he battled the edginess of the clay. Despite a few heart-stopping moments, the young rookie took it all in his stride as he banked a third and a fourth for second overall.

A podium in Thailand back in 2014 started a dream season for Monster Energy Yamaha Factory Racing’s Jeremy Van Horebeek who managed to nail eleven podiums on the bounce thereafter. After a rough year in 2015, things already appear to be looking up for the Belgian who was fourth at round one and has already gone one better with a podium performance here in Thailand.

Team HRC’s Evgeny Bobryshev laid low most of the day and avoided conflict enough to wrap up the day in fourth overall. In race one he started fifth and inherited fourth when the pole man Team Suzuki World MXGP’s Ben Townley crashed out of fourth on lap nine. Meanwhile in race two, it was a similar story when he started eighth and came home in an eventual seventh.

Red Bull KTM Factory Racing’s Antonio Cairoli looked sharp this weekend but he ended up dethroning himself of a chance to be on the box when he stalled the bike while up front in race two and dropped outside of the top 20. The Italian star did manage to fight back to twelfth, which in combination with his second place finish in the opening race was good enough for fifth overall. 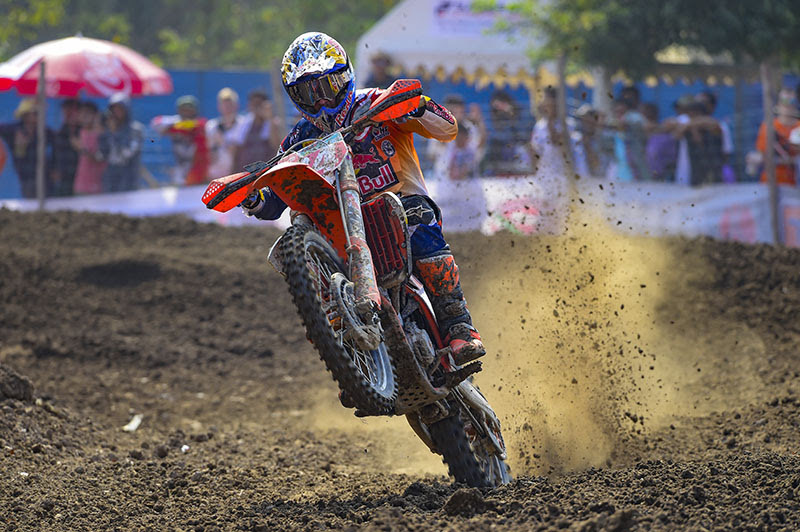 Red Bull KTM Factory Racing’s Jeffrey Herlings said after his season ending crash in the Czech Republic last year that he will be back in 2016 better, faster, stronger and so far he has been pretty accurate. Other than one extremely close call in Race Two, Herlings was pretty much flawless this weekend, “in previous years I was not good with out a start” he said after the final race, “I was always too aggressive and now I took my time and felt I could go much faster but then I scrubbed and almost went over the ‘bars, I know it was on TV it was such a sketchy moment and something stupid like that is not allowed to happen again, it was my mistake for the last two years so it seems like I didn’t learn, but I did, so I won’t let it happen again, I will try to be smarter, but overall it was a good weekend.”

A double moto victory here in Suphan Buri resulted in The Bullet’s 49th  overall grand prix win which tee’s him up perfectly for a 50th victory on home soil in front of his adoring fans.

Team Suzuki World MX2’s Jeremy Seewer knows how to spin smooth and consistent laps which is exactly what he did on his way to his first podium finish of the season and best ever result in the FIM Motocross World Championship.

Wilvo Standing Construct Yamaha Official MX2’s Aleksandr Tonkov lived up to the expectation that he is a top three guy. The Russian landed his third ever podium, first of the season, and first since the MXGP of Europe in Valkenswaard, The Netherlands, last year, which incidentally happens to be the next round.

Yesterday’s Qualifying Race runner-up Kemea Yamaha Official MX Team’s Benoit Paturel finished fourth in race one after an epic battle with Tonkov for third. In the second race the Frenchman bobbled around turn one, but regrouped and charged up to fourth before his efforts got the better of him and dropped him back to sixth.

Meanwhile Red Bull KTM Factory Racing’s Pauls Jonass had a rough start to the day when he got tangled with TM Racing Factory Team’s Samuele Bernardini in race one which snatched his handle bars and high sided him big-time. He remounted and bounced back for ninth. In race two, the Latvian took the Fox Holeshot but eventually faded back to fifth which ended up being enough for fifth overall. 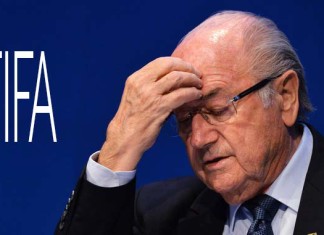 A new wave of elite boxers emerges at the AIBA World...