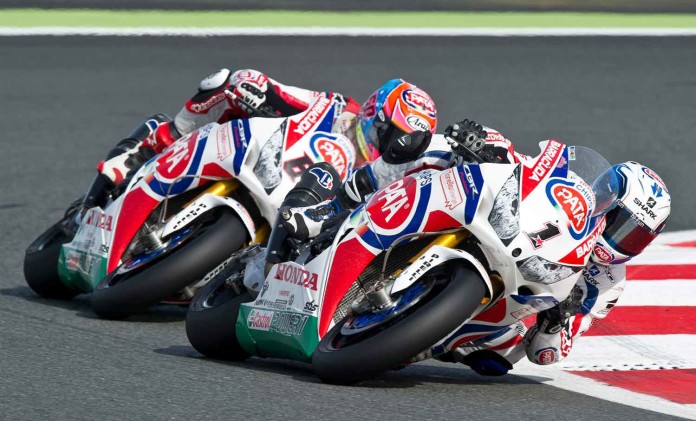 With the Superbike World Championship title already decided, Sylvain Guintoli and Michael van der Mark head for the final round of the 2015 season this weekend (16-18 October) at Losail in Qatar.

The two Pata Honda riders have enjoyed a strong upturn in results since the series returned from an extended summer break with Guintoli and van der Mark taking their Honda CBR1000RR Fireblade SPs to podium finishes in the last two rounds.

After qualifying in fifth place, Frenchman Guintoli, 33, finished third in a damp race one at his home race Magny-Cours in France two weeks ago, scoring his first podium of the season in front of an appreciative crowd. Qatar will mark Guintoli’s final race with the Pata Honda team and he is looking forward to leaving on a high.

Meanwhile, 22-year-old World Superbike rookie van der Mark took his third podium of the season in the previous round at Jerez in Spain and followed that up with two impressive fourth place finishes at Magny-Cours having started from 15th place on the grid.

Sylvain Guintoli: “Last year at Qatar were definitely the best racing moments of my career but even before then I really liked the layout of the track and I love racing under the lights there, which I also did while I was racing in MotoGP. It’s a ‘big’ circuit, like Sepang, and it’s fast and flowing, which really suits my riding style. We had a really good weekend at Sepang earlier this season which is another ‘big’ circuit, so I am hopeful that we can aim for something similar. The last three rounds have been really positive with the results we’ve got and it was such a good feeling to finally step on the podium in Magny-Cours. It’s positive for the entire team because it’s what we’ve all been working so hard for during the whole season. I’m hoping we can take that positivity into Qatar and finish in a really strong way, which would be a great reward for everyone.”

Michael van der Mark: “It might be the end of the season but I’m already looking forward to 2016. It’s sometimes been a difficult learning year on the CBR and, if not for some recurring technical issues, I think we could have been fighting for the podium more often. I think we have shown in the last few races how strong we can be and I think going 4-4 in the last round at Magny-Cours was a really good result from a difficult qualifying position. I like the circuit at Qatar, it suits my style and I think it suits the CBR since Johnny [Rea] was on the podium last year. I was also able to finish last season really nicely under the lights by winning my last World Supersport race. We’ll be working really hard to be at the front again this weekend to finish again in some style.” 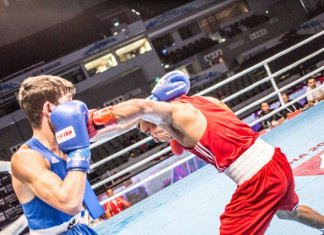 Thailand’s Butdee shines on gripping first day as 39 bouts of...

ODI series against India will be tough but we’ve got momentum...