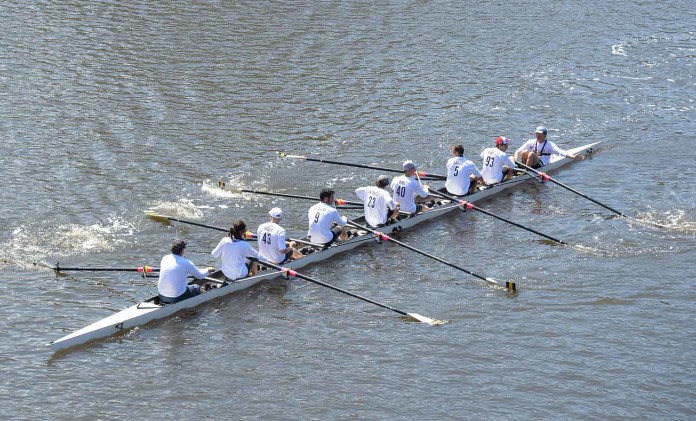 MotoGP™ stars swapped the noise of the track for the rather more tranquil setting of the Yarra River ahead of the Australian GP.

Marc Marquez, Danilo Petrucci, Johann Zarco, Alex Rins, Niccolo Antonelli and local hero Jack Miller got the chance to find out if they have as much ability on the water as they do on the race track as they took to the iconic Yarra River in central Melbourne. 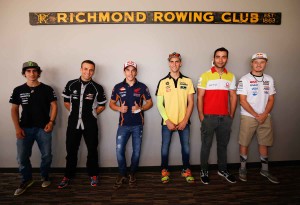 Members of the historic Richmond Rowing Club were on hand to show them how to use an oar instead of a throttle, as the riders exchanged their racing leathers for Lycra one-pieces to put their newfound ‘oar-some’ skills to the test.

A number of exercises started the day as well as some on-land rowing lessons before it was time to take to the water.

The six MotoGP™ riders took to an eight, with two rowers from the Richmond Rowing Club in the boat to show them how it’s done. The boat was led by the club’s cox who kept it all under control. Try as the cox might, there some troubles communicating and coordinating all six riders to row at once. Many of the riders were more accustomed to battling on track, but eventually adjusted to working together on the Yarra River.

While most of the riders enjoyed their time out on the water, Italian Niccolo Antonelli declared he was in no rush to swap his Moto3™ machine for an oar anytime soon. 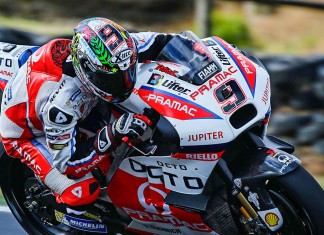 0
The Phillip Island Circuit is known for often producing four seasons in just a single day and the first day of the second official...