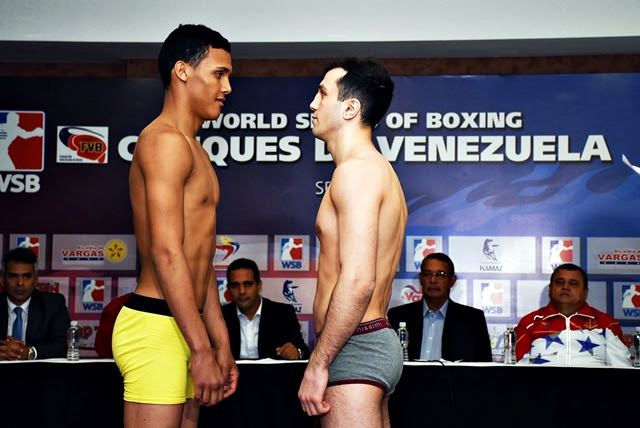 Following the Caciques’ recent trips to Warsaw and Buenos Aires, Venezuelan boxing fans finally get their first taste of WSB Season VI action on Saturday night as the Russian Boxing Team descends on Vargas. The Caciques won their season opener in Poland before narrowly losing to regional rivals Argentina Condors, while the Russian side also found success against the Hussars when they turned around a 2-0 deficit in Week 3.

Yonny Calderones was a spectator for the Venezuelans throughout Season V, but the light flyweight finally gets the chance to show what he’s capable of when he takes on Bator Sagaluev, the intimidating European Games gold medalist famous for his lethal right hooks.

Another Russian European Games champion, bantamweight Bakhtovar Nazirov, then steps into the ring for what could be the bout of the evening against Caciques’ star Hector Luis Garcia. The Dominican Republic-native had a strong Season V in a year that also saw him take silver medals at the Pan-American Games and American Confederation Championships, and fans can expect fireworks when the two in-form athletes clash in Vargas.

At just 18 years-old, Caracas-based light welterweight Jesus Salvador Correa will try to inject some youthful exuberance into the Caciques side when he takes on the experienced 2012 European Champion Avak Uzliyan, before middleweights Endry Saavedra and Russian National Champion Andrey Kovalchuk go head-to-head in the fourth bout of the night.

Irishman Darren O’Neill will step into the ring for Venezuela in the evening’s final encounter, knowing that victory will give his team a timely boost ahead of the Week 7 visit from Rafako Hussars Poland. The 2012 Olympian will be hoping to round things off in style as he tackles the experienced Sergey Kalchugin, himself a fixture on the elite international circuit since 2006. 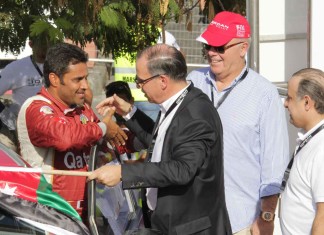