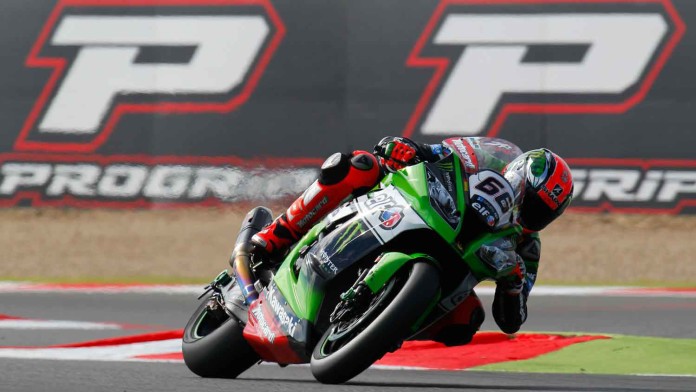 2015 FIM Superbike World Champion Jonathan Rea (KRT) and serial race winner Tom Sykes (KRT) are each chasing their season-end ambitions at the final round of the championship, which for the second year in succession will be held under floodlights at the Losail International Circuit in Qatar, this coming weekend. 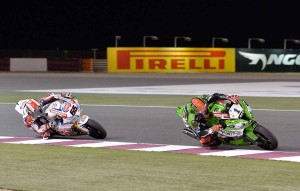 Having secured the championship for the first time in his first season as an official Kawasaki rider, with five races to spare, Rea will be out to secure the all-time points score in a WorldSBK season by going for two wins at the 5.380km circuit.

For Sykes his personal goal, after contributing much to the Manufacturers’ Championship win for Kawasaki, is to finish second in the championship standings. He will have to overturn a 16-point deficit to current second placed rider Chaz Davies over the two floodlit races on Sunday 18th October.

Rea’s season will become the best ever in terms of outright points scores if he gathers 25 or more over the two 17-lap Losail races. He currently has 528 points, while all-time record holder Colin Edwards set a total of 552 back in the 2002 season.

Jonathan Rea: “I have been on cloud nine since Magny-Cours and then joining in with the excitement of the new Ninja ZX-10R. I was lucky enough to ride it last month so it was nice to see the enthusiasm about it from everybody else. The feeling I had leaving Magny-Cours with another 50 points was amazing. Qatar was a track I really enjoyed last year so I am really looking forward to seeing how the Ninja ZX-10R operates around the track; then making a really good plan for each session with my crew chief Pere Riba to make sure we arrive on Sunday in a strong position. Losail is a circuit I love and it suits my style. It also provides good racing as well. I am excited to go and finish off an amazing season for me, for the team and for Kawasaki, having already secured the Riders’ and Manufacturers’ Championships. It is important for me to go into the off-season with great motivation and great memories of the year, so I am looking forward to trying to make sure we have a really nice weekend.”

Tom Sykes: “Ideally the aim is to finish second in the championship. From a personal point of view it would be nice because in the previous three seasons we have always been inside the top two with Kawasaki, and so close to the championship wins. We had only missed out on two more world championships by a few points. The best way to try and finish second overall is to go and win both races, for sure. It is never easy but Qatar is a circuit I am really looking forward to. I really enjoy the whole atmosphere and racing in the evenings. It is quite strange because you are able to relax and enjoy yourself during the daytime but then when everybody starts shutting down for the day we go off and race motorcycles. The circuit itself is such a great venue. Under the floodlights it is quite unique.” 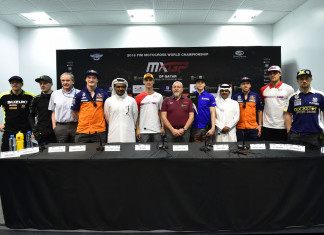 0
LOSAIL (Qatar), 25 February 2016 - The wind is already racing here in Losail, Qatar on the heels of yet another stellar season of...

Safarova hopes for a repeat of 2015 in Doha