The father and son racing team of Rob and Charlie Frijns have posting some of the quickest times in pre-season testing at Bahrain International Circuit this weekend as the countdown continues towards a thrilling season of Porsche GT3 Cup Challenge Middle East.

The Qatar-based family team representing Frijns Structural Steel Middle East produced strong pre-season form with the emerging talent of Charlie Frijns amongst the early pace setters by clocking the fourth fastest of fourteen cars on track with one day of testing remaining.

It’s an encouraging sign for the team from Doha as the same Bahrain International Circuit is set to open the new season with Round 1 from the 20th to the 21st of November 2015. This weekend saw all drivers taking every opportunity to maximise their track time ahead of twelve action packed races throughout Season 7. The leading series in the Middle East will take place over six pulsating weekends between November 2015 and March 2016 across four world class regional racing circuits.

Speaking after testing racing veteran and former two-time Qatar champion Rob Frijns said: “It’s great to be back on the track. This really is the ultimate racing challenge for any driver in the region so to compete alongside my son and teammate is extra special. Qatar has been our home for over six years and for the last four years I’ve lined up on the grid of the Porsche GT3 Cup Challenge Middle East. We’re about to start out on another adventure and we’re both aiming for high finishes on the podium. I’ll be looking to win the bronze category and hopefully Charlie can secure victory in the gold class. As the only team with a connection to Qatar we hope to do ourselves and Qatar proud.”

Leading businessman Rob Frijns rapidly rose through the ranks of the national championship in Qatar before the natural progression into the elite Porsche series organized by motorsport legend Walter Lechner where he was soon joined on the grid by son Charlie.

For Rob racing is a hobby fuelled by his Porsche passion and possible thanks to a successful steel fabrication business which contributes to many of Qatar’s landmark infrastructure projects. While the recent on-track success of twenty-four year old Charlie has raised speculation over his future and a potential professional career like cousin Robin Frijns, a former Sauber F1 driver and current Andretti team driver in Formula-E.

Speaking during testing Charlie Frijns said: “My performances last year mean I come into the new season with more motivation than ever. I know I’ve got the speed to be at the front, I’ve proved that but now I’m looking for consistency and points to go with track position. During the off-season I had an opportunity to race in the Porsche Supercup round in Spa, Belgium. I managed to finish 11th against some of the best Porsche drivers in the world. That has given me some added confidence as I look ahead to Season 7 and on a practical level I learnt a lot on the car setup from the professional drivers. For now driving is purely my pastime rather than a career. But just like my father but one we both take very seriously and this championship is the perfect series to compete in.”

The Porsche GT3 Cup Challenge Middle East is poised for its most exciting season yet. A proven pathway for regional drivers to accelerate their careers on to the biggest stages of racing through intense competition with global motorsport professionals, the return of the Porsche GT3 Cup Challenge Middle East for Season 7 is a huge boost for the region’s racing scene. Drivers from Bahrain, UAE, Kuwait, KSA and Europe are all set to participate with as many as seven nationalities expected to line up for Race 1. Regarded as the purest form of racing with all drivers competing in identical fifth generation Porsche 911 GT3 Cups, the unique one-make series will consist of 12 races between November 2015 and March 2016.

The new season will open in spectacular fashion at the Bahrain International Circuit (BIC) on the 20th November 2015 as part of the illustrious World Endurance Championship weekend before travelling to Al Reem International Circuit in Saudi Arabia for the first time in two years, in early December. Three UAE rounds in a row will kick start the New Year across January and February before the return to Bahrain for the climactic conclusion to Season 7 in early March.

Following a gripping Season 6 which saw Clemens Schmid take the Drivers’ Championship over Kuwait’s Zaid Ashkanani, drivers and fans can expect another year of exciting sporting drama with old scores to be settled and new rivalries to be forged. A world-class grid featuring a number of past champions, veterans and new, home grown future stars will line-up for the seventh season with an exciting new lineup at Dubai-based Al Nabooda Racing who will be strong challengers for the team title this year.

Round 1 of Season 7 of the Porsche GT3 Cup Challenge Middle East takes place at Bahrain International Circuit on the 20th and 21st of November 2015. 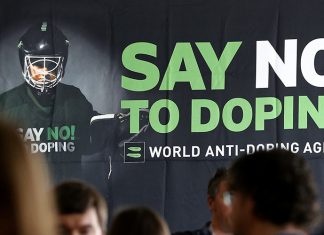 0
New Delhi: The Sports Ministry of India has ordered National Anti-Doping Agency (NADA) to conduct dope-tests on Indian cricketers as per the principles laid...