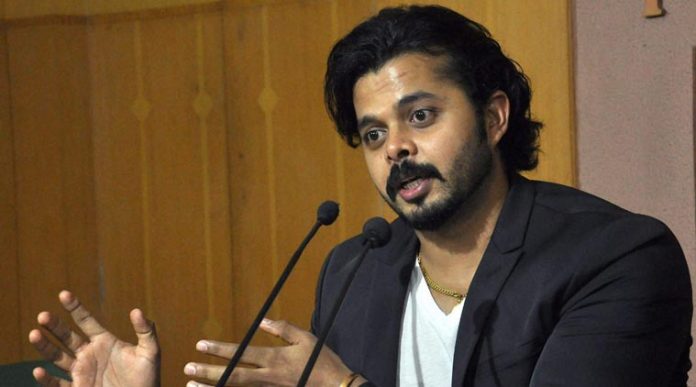 New Delhi: With the Kerala High Court restoring the life ban imposed on S Sreesanth by the BCCI, the pacer has vented out his frustration and wants the real culprits to be punished. In fact, he has gone ahead and asked about the 13 names that were mentioned in the Lodha report that was submitted to the Supreme Court. Calling it the worst decision, the pacer has vowed to fight on.Taking to Twitter, Sreesanth posted a number of tweets after the court’s verdict.

The bench, comprising Chief Justice Navaniti Prasad Singh and Justice Raja Vijayaraghavan, gave the verdict on a petition filed by the BCCI against a single-judge bench’s order, lifting the life ban imposed on the 34-year-old pacer.

The division bench said there was no violation of natural justice against the cricketer and quashed the single bench order in Sreesanth’s favour.

In its appeal, the BCCI had said the decision to ban the cricketer was taken based on the evidence against him. The single-judge bench had on August 7 lifted the life ban imposed on him by the BCCI. Justice A Muhamed Mustaque had also set aside all proceedings against Sreesanth initiated by the board.

The court had earlier sought the BCCI’s stand on the plea by the cricketer, challenging the ban following the 2013 Indian Premier League-6 spot-fixing scandal. The BCCI had filed a counter-affidavit on the issue in the court in response to the plea by Sreesanth, who had challenged the life ban despite a court dropping all charges against him.

All the 36 accused in the spot-fixing case, including Sreesanth, Ankeet Chavan and Ajit Chandila, were let off by a Patiala House court in July, 2015.

The BCCI, however, had refused to alter its disciplinary decision even after the verdict.

0
New Delhi: India might be languishing at the bottom of Group A following defeat to United States and Colombia in the FIFA U-17 World Cup...