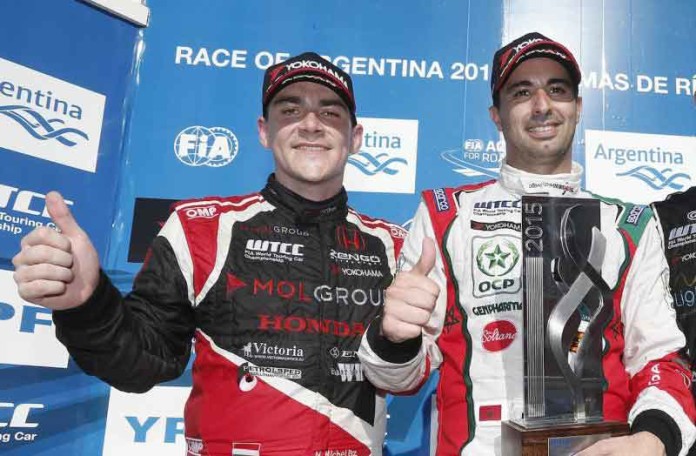 Hungary’s Norbert Michelisz, 31, tops the standings for the Honda-armed Zengő Motorsport squad having won his class eight times in 2015. But Mehdi Bennani, 32, is just seven points behind in his Sébastien Loeb Racing Citroën.

Although the Moroccan’s tally of wins stands at six, three of those have come in the last four races, while Michelisz hasn’t triumphed since mid-September, increasing the prospect of a wide-open fight for glory at the Losail International Circuit. This is what Bennani and Michelisz have said ahead the title showdown.

What would winning the Yokohama Drivers’ Trophy mean to you?
MB: “I want to be in the WTCC for the long term and to start next season as a champion would be very nice. It’s a very important weekend. Qatar is the second Arabic country we go to so it’s my second home race. But it will be a big challenge. The track has a lot of technical parts and high-speed corners, it’s a night race, the first for the WTCC so I’m expecting two tough races and a big fight for the Yokohama Drivers’ Trophy. The pressure will be there but I hope it’s positive pressure.”

NM: “After finishing fourth in the overall standings last season I realised that after Thailand I am in a quite difficult position to achieve at least the same position as I did last season so my priorities and my targets have changed. Winning the Yokohama Drivers’ Trophy is a priority for me but also for Zengő Motorsport and winning this championship is not only a big success for me as a driver but also for my team, for the communications in Hungary and in terms of showing the quality of work that the team is doing.”

How confident are you of success?
MB: “Before Japan I was quite far from Norbi but now we are very close and since Japan we have been very quick. We have worked a lot with the set-up of the car to have more drivability. We have made some mistakes this season but I prefer being strong at the end of the season rather than being strong at the beginning and weak at the end. There is a lot of confidence.”

NM: “Of course the performance of Mehdi is increasing and getting very strong, especially for the last two races. But if we don’t have the amount of bad luck we had in Thailand then it’s all in my hands to finish on top. Of course I know it’s important for Mehdi also to win this title. We have a really good relationship and I know this battle will be decided on the circuit and in a sporting way.”

The gap between you is seven points. What are your strategies?
MB: “There won’t be a strategy. I have to fight and do my maximum. I know it will be a big challenge but everybody is speaking about this championship in Morocco. They know it is between me and Norbi and that I can only be first or second. Three races ago it was something like 42 points between me and Norbi but now it’s seven points and this is a very positive position. If I can win this championship in Qatar it’s going to be great but I know many things can happen.”

NM: “My approach won’t change for the last event. I will do everything in the same way I did throughout the season. With this approach I managed to build a big gap to 25 or 30 points. I know the last race in Thailand was quite unlucky for us but the best way is to do everything like we did in the past weekends. If we can do this then we have a good possibility of winning this title.” 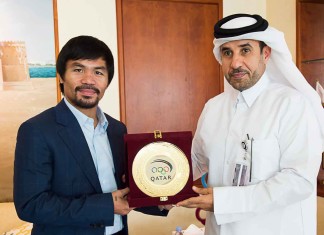 MANNY PACQUIAO RECEIVES WARMEST OF WELCOMES TO DOHA AHEAD OF SPECIAL...