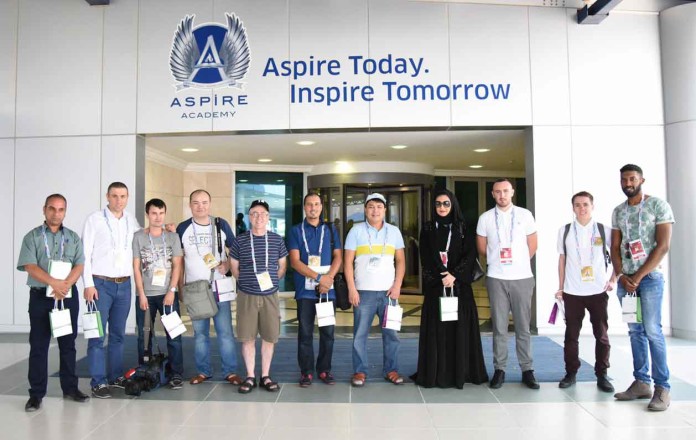 DOHA, 14 OCTOBER 2015:  The tour circulated around popular destinations such as Aspire Sports Academy, dedicated to provide sports training and education to students with sporting potential in an exceptional learning and sporting environment, and Aspetar – the world’s leading specialised orthopedic and sports medicine hospital which specializes in injury and illness prevention for all sporting clubs and federations in Qatar. After a guided tour through the Qatar Olympic Academy, journalists also got the opportunity to visit popular destinations such as Katara and the old town of Souq Waqif. 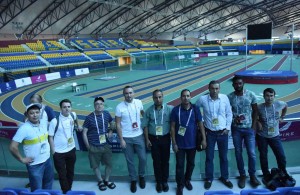 Speaking after the tour, Daniel Etchells from Olympic magazine Inside the Games said:

“The Aspire facilities are absolutely fantastic, it just reflects how great the facilities actually are here in Qatar. It’s a massive tribute to the country that they have managed to develop such great facilities for their young athletes.

“Aspetar was mind blowing, some of the technology was unbelievable and we got to see things that I never even imagined existed. It just shows how technology is such a major factor in improving elite performance. Qatar is clearly taking the performance and wellbeing of their athletes very seriously and having a dedicated facility to help these athletes develop and quickly recover from injuries is of course fantastic to see.”

The tour finished with a sit down meal with organizers of the event and included a chance to speak to the media about their opinions of Qatar as a global sporting hub with proud traditions of staging major international sports events. 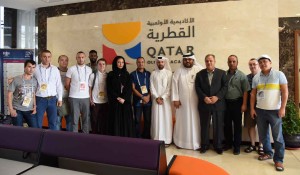 “Qatar is a brilliant setting for any sports venue, especially with the boxing taking place in the Ali Bin Hamad Al Attiyah Arena – surely the best arena that many of them would have ever performed in.

“Qatar has the space and the infrastructure here to continue to host world-class events, and you also have a local population that clearly loves sports. I think the facilities that they have here in Qatar provides a perfect setting for athletes whether they are elite or just starting out. What you are looking for in sport is infrastructure and Qatar seems to have that in abundance.”

When asked how well the media and journalists have been accommodated here in Doha at the AIBA World Boxing Championships, everyone seemed very happy in their response.

“As media we have been dealt with excellently. One of the main things that we look for when going abroad to cover sporting events is the facilities, and everything at the arena has been top notch. Overall the general organization has been fantastic and we have had no complaints whatsoever. Information has always been readily available, and Wi-Fi has been absolutely superb which for any journalists attending events is an absolute must.  It’s been a really enjoyable time in Qatar,” Sean McGoldrick from the Independent News and Media in Dublin, said.

Speaking after the tour Yousuf Ali Al Kazim, President of the Qatar Boxing Federation and Executive Director of the LOC in association with Qatar Olympic Committee, said:

“Staging the first-ever World Boxing Championships in Qatar and the Middle East has been a defining moment for the boxing sport in this region. We have seen local crowds coming out in numbers to support their athletes, which hopefully will have inspired the next generation of elite boxers throughout the world. With 500 million people watching the World Championships on television, it’s clear that the media play a hugely significant role in showcasing Qatar’s ability to host major international sports events, which is why we wanted to take them on a tour to show several of our most state-of-the-art facilities. I’m pleased that everyone enjoyed it, and I thank them for taking time out of a busy schedule to come along for the tour.” 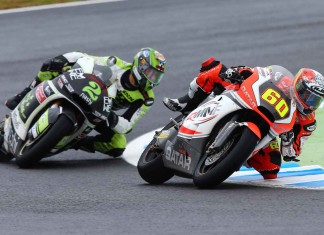 Valentino Rossi and his team of VR46 Academy riders headed to...