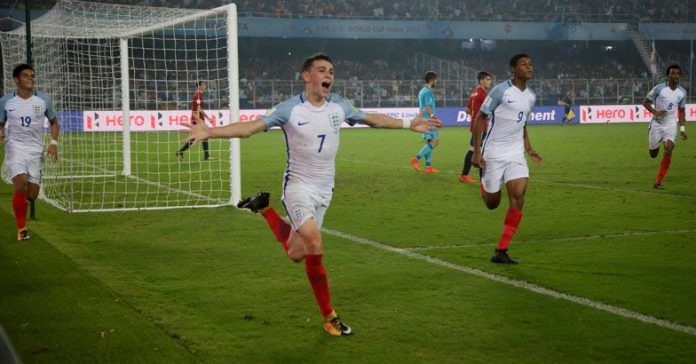 England have won a World Cup – and this time in the most thrilling way possible. England’s under-17s came from behind to beat Spain 5-2 in a final they dominated in the eastern Indian city of Kolkata. This is the second England age-group team to win the game’s ultimate honour this year, following on from the under-20s in the summer.

After a shaky start, in which it seemed Spain would repeat their victory over England in the under-17s European Championship earlier this year, a seemingly unstoppable England comeback saw them score five goals without response.

Liverpool’s Rhian Brewster led the way with a goal just before half-time after Spain had hit England with two classic counters to go two up, via Sergio Gomez.Brewster ended the tournament as the Golden Boot winner with hat-tricks in the quarter and semi-finals, and his strike in the final was his eighth goal in the competition. It was a sultry night in Kolkata’s Salt Lake Stadium during which it was clear England had made many new friends over the two weeks of the competition.

Their swashbuckling performances en route to the final had seemingly made them the local fans’ second favourite team. St George flags adorned the faces of many supporters while Mexican waves brokes across the stands. By the end a section with strong Indian accents was chanting Mark Foden’s name.England went straight on the offensive, with Morgan Gibbs-White of Wolves finding himself in front of goal in the first minute, managing to get off a shot but seeing it sail wide.

It was end-to-end stuff from the start, characteristic of this age group – relatively unencumbered as they are with rigid systems.

England looked to be playing a 4-3-3 that sometimes seemed to morph into slightly a more effective 3-1-3-3, allowing Chelsea youth team defenders Marc Guehi and George McEachran to marshal the space between midfield and the back three.

With an attendance of 66,684 the week after Diwali, the festival of lights, the crowd were here for a cracker, and what they got was a match that pulsated with scintilallting play by England, and for a while at least by Spain too. 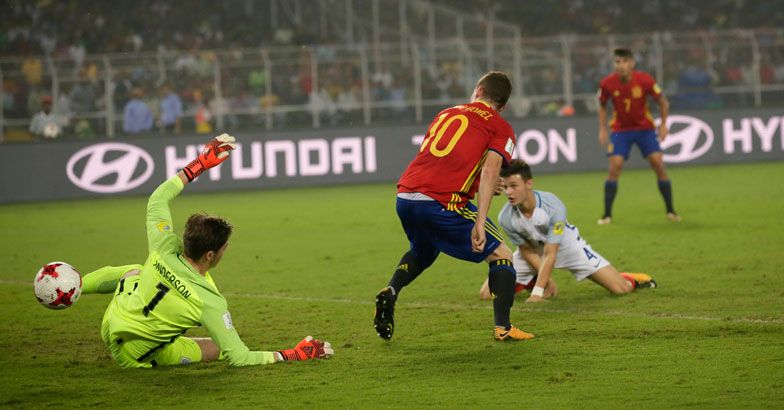 Phil Foden
Phil Foden scored twice in the second half CREDIT: GETTY IMAGES
In the ninth minute a great cross to Cesar Gelabert, of Real Madrid, saw the striker scuff his shot but Gomez turned the loose ball into England’s net. After that Spain took the game to England, with the muscular and skilful Ruiz proving a menace to England’s back line. When Spain’s second came in the 28th minute, it was a three-man move involving skipper Abel Ruiz, Cesar Gelabert and Gomez, with the captain going on a dizzying run before releasing Gelabert, who then unselfishly dinked it to Gomez to score.

After that it seemed England were to be blighted by frustration. Foden was instrumental in many attacks but kept dragging his shots and crosses wide. Callum Hudson-Odoi, of Chelsea, kept making surging runs only to lose the ball. However, both players were simply outstanding in the second half.

As Brewster made it 2-1 with a header and the teams jogged off at half-time it seemed pretty even, but in 10 decisive minutes England only wrestled back control of the match but do it so emphatically and with such poise that Spain simply could not recover.

The entire England attack, at times moving even into a 4-2-4 it seemed, went for it and were rewarded by an equaliser in the 56th minute when GibbsWhite, of Wolves, tapped in from a few yards.

After that England suddenly looked refreshed, reinvograted and ready to take the game to Spain again.
In the 68th minute, Hudson Odoi rushed through Spain’s defence and squared to Foden for the midfielder to make it 3-2. 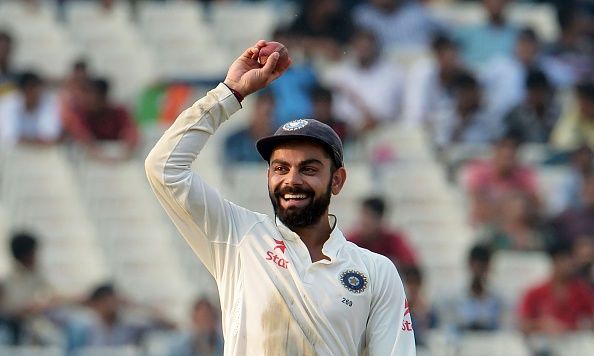