Honda’s Yuki Takahashi took victory in Race 1 of the SuperSports 600cc to extend his championship lead while title challenger, Tomoyoshi Koyama crashed in Round 5 of the FIM Asia Road Racing Championship at the Losail International Circuit in Qatar on Friday. The poleman was seen struggling at the start of the race with eight riders battling for lead but his fortunes changed for the better in lap-7 when Taiga Hada clipped leader, Koyama’s rear, causing both T.Pro Yuzy Honda NTS riders to crash at Turn 1.

Takahashi quickly capitalized on the commotion to thrust his way to the front and from there the race was smooth sailing for the Musashi Boon Siew Honda rider. He eventually completed the race in 31’26.663s to take his fourth consecutive victory for the season.

Meanwhile Yudhistira who got caught up behind Koyama and Taiga’s crash clawed his way up the field from seventh to third, snatching the final podium in 31’36.305s away from Makoto Inagaki (YELLOWCORN Akeno Speed Racing) and Zaqhwan Zaidi who rounded up the top five.

“Race 1 was very difficult but I’m glad we came out on top in the end. Everybody was really fast and despite making a good start, I could not escape. But in lap-7  the opportunity presented itself when Koyama and Taiga crashed. It was a great battle and I hope we can win again in Race 2 tomorrow (Saturday),” said Takahashi.

Hauling 25-points from Race 1, the Honda-man extends his championship lead to 152 points while Koyama who failed to pick any points maintains his position second overall with 117 points.

Separately, Takehiro Yamamoto secured a hard-fought victory in Race 1 of the Asia Production 250cc The TRICKSTAR Racing rider went neck-to-neck with AP Honda Racing Thailand duo, Apiwat Wongthananon and Nakarin Athiratphuvapat before he got the best of his rivals in the dying minutes of the 9-lap race with 21’51.547s.

Lagging by 0.166 seconds was Ayumu Tanaka (YELLOWCORN Akeno Speed Racing) who broke Honda and Kawasaki’s dominance to become the first Yamaha rider to finish on the AP250 podium in second place with 21’51.713s followed by Nakarin in 21’51.734s.

Meanwhile Amirul Ariff Musa could not have asked for a better comeback to the Underbone 130cc as he converted pole position into a well-deserved victory in Race 1 under Losail’s floodlights.

Even so, Gupita will have to hold off his title celebrations as Norizman still stands a mathematical chance to fight for the title with 52 points now separating them. 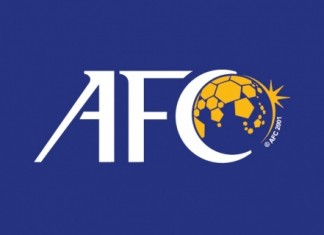 0
The Asian Football Confederation (AFC) today expresses its sympathy to all the victims of the Paris attacks. Shaikh Salman Bin Ebrahim Al Khalifa, the AFC...

Second round of Qatar International Endurocross kicks off this Saturday