New Delhi: Catches win matches and the Kiwis learnt it the hard way in the opening T20I at the Ferozeshah Kotla on Wednesday as India registered their first win over New Zealand in the shortest format of the game. While the visitors dropped Rohit Sharma, Shikhar Dhawan and Virat Kohli, Hardik Pandya took a blinder running at long off to send back Martin Guptill and peg the Kiwis back from the word go in their chase. The Indians too dropped a couple as Pandya dropped Munro, and Kohli dropped Kane Williamson, but the Kiwis failed to capitalise like their Indian counterparts.

In the end, Kane Williamson’s boys managed just 149/8 as the hosts gave Ashish Nehra the best possible farewell gift in his last international game, a 53-run win. The Indian bowlers were expected to find the going tough under lights and with the dew, but that did not deter the Indian bowlers as they kept tightening the screws on the Kiwi batsmen with the required rate increasing with each passing ball.

With Williamson winning the toss and sending India in, the Kiwis would have wanted to make most of their skipper winning the toss. But the fielders dropped Dhawan, Rohit and Kohli and the Indian batsmen needed no second invitation as they made it count. Sending the bowlers on a leather hunt, the openers finished with 80 each and Kohli made an unbeaten 11-ball 26 as India literally batted New Zealand out of the game.

A score of 202/3 was never going to be easy even on a small Kotla outfield and the Indians made sure they never let the Kiwis off the hook. The Indian bowlers kept checking the scoring rate and that ensured that the Kiwi batsmen had to take risks to keep up to the scoring rate and that was just not possible with the Indian bowlers picking wickets at regular intervals.

Earlier, Dhawan was the one who started the show as he went on the attack from the word go. Dropped on 8, it looked like as if it was the only hint the southpaw needed that it was going to be his night. After this, there was no false shot from the batsman as he dealt in boundaries. It was a contrasting innings from Rohit as the otherwise fluent batsman struggled to get going and finally started upping the ante after reaching the 40s. The six to bring up his 12th T20I fifty finally opened the floodgates.

Kohli finished it off in style for the Indians as he ensured that the Indians did not lose plot after the loss of the openers. In fact, Dhoni too joined the party as he hit a huge six over the wide long on region much to the delight of the Kotla crowd.

Coming out to chase 203, the Kiwis started disastrously as Yuzvendra Chahal sent back Guptill for 4 in the second over of the innings. Even though Munro was dropped by Pandya for 2, it did not cost the Indians much as Bhuvneshwar sent back the opener for 7 with the perfect yorker.

With the pitch taking turn as shown by Ish Sodhi during the India innings, the Indian spinning duo of Yuzvendra Chahal and Axar Patel made it count. While Chahal picked a wicket in his first over, Axar gave away just 4 runs and when the opposition is chasing 203, a 4-run over is as good as gold for the bowling captain. He later dismissed Tom Bruce (10) and Colin de Grandhomme (0) as the asking rate kept rocketing. The pressure from the Indian bowlers finally got the better of the New Zealand batsmen. 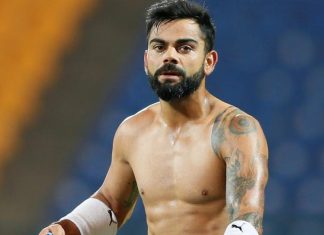 0
Virat Kohli is now a more valuable brand than Argentina and FC Barcelona forward Lionel Messi. Cristiano Ronaldo is the only footballer ahead of Kohli,...

Cudlin and Abdulaziz take the first pole positions of the 2015...