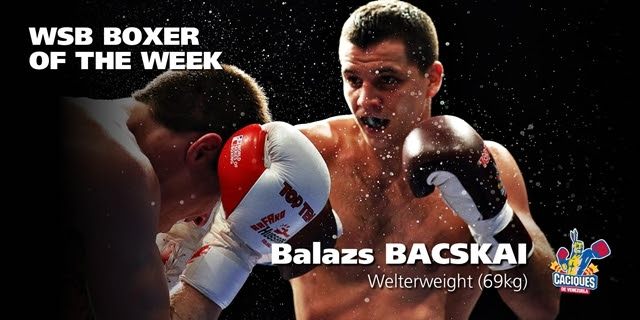 Venezuela Caciques drafted in Hungary’s European Confederation Champion Balazs Bacskai to join the squad for Season VI, and the welterweight immediately made his presence felt in his very first outing for the team with a superb Week 7 victory against Rafako Hussars Poland’s Steven Donnelly.

Hungary’s top boxer Balazs Bacskai was born in Budapest in 1988 and began boxing career at the age of seven at the Vasas-Sullos Boxing Club in Budapest. His first coach was in fact his father, the 1985 European Championship silver medalist Imre Bacskai, but he now trains under former AIBA World Champion Zsolt Erdei and national team head coach Dr. Laszlo Kovacs.

During his career to date, Bacskai has claimed a gold at the Bocskai Memorial Tournament, the Belgrade Winner Tournament, two at the Tammer Tournament and also in the Grand Prix in Usti nad Labem. After being drafted into the Venezuela Caciques side in Season VI for his first taste of WSB boxing, Bacskai recovered from a slow start in Week 7 against Rafako Hussars Poland’s Irish star Steven Donnelly, knocking him down three times in the final two rounds to record a famous victory and help propel the Caciques to the top of their group. 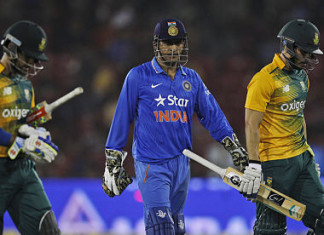 ODI series against India will be tough but we’ve got momentum...

0
Kanpur: After an "unexpected" series win in the Twenty20s, South Africa's ODI captain AB de Villiers says it would be challenging to maintain the...

Final rounds of the season for the Losail 600 Cup and...