Current FINA World Cup 2015 series leader, Katinka Hosszu, lived up to her nickname of ‘Iron Lady’ on day one of the two-day meet, competing in five heats and propelling herself through to four finals where she took gold in the 200m Individual Medley and the 200m freestyle. Denying Hosszu further gold medals in the 50m and 200m backstroke finals was Australian backstroke specialist and double World Champion, Emily Seebohm. Seebohm pushed the Iron Lady to silver position in the 200m and also took gold in the 50m backstroke where Hosszu could only manage bronze. With the 100m backstroke still to come on day two of the FINA airweave Swimming World Cup, the stage is set for this head-to-head to continue.

Speaking at the end of the first day of competition in Doha, Seebohm commented: “I’m really happy to win here in Doha. It’s testament that I’m doing the right training and I keep improving. To be up against someone like Katinka is a massive challenge. She is such a fantastic competitor and really hard to beat. She obviously does a lot of events but I still think that it’s not easy to beat her, and I’m pleased to do just that tonight.”

Hungary’s Daniel Gyurta sent a message to a crowded 200m breaststroke field. He took gold in Doha as he looks to defend his Olympic title in 2016, having failed to retain his World Championship title in Kazan. He said: “For me, it’s all about Rio now and protecting my Olympic title. Prior to Kazan, I was training maybe a bit too hard but I want to use Doha to get into perfect shape.

“I love being back in Doha. I’ve already been here for three weeks training before this competition and I’ve got so many good memories here, especially winning the short course gold here last year,” he added.

The action continues on the final day of competition, November 2nd. Don’t miss the opportunity to witness the excitement of the FINA airweave Swimming World Cup 2015 in Doha by picking up your tickets from Hamad Aquatic Centre. 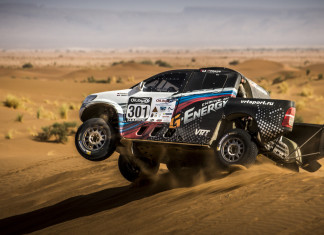