Doha, Qatar: Guisy Versace is the latest athlete to star in the Doha 2015 ‘My Incredible Story’ series. Versace will be competing at the IPC Athletics World Championships, which take place at Qatar Sports Club , and she tells the story of how her life changed following losing both legs in a car crash in 2005.

Speaking about Giusy Versace’s support for the campaign, His Excellency Dr Thani Abdulrahman Al Kuwari, President of the Local Organising Committee and Secretary General of the Qatar Olympic Committee, said:

“We are honoured to have the support of Giusy Versace for our ‘My Incredible Story’ campaign. Giusy is a very good example of how anything is possible with a positive attitude, determination and hard work. She is an inspirational individual and an excellent role model. We hope that the Doha 2015 IPC Athletics World Championships will shine a spotlight on the incredible stories of the athletes competing, helping to spread awareness about para-sport and empower people everywhere to achieve their goals. We are very grateful to Giusy for her support and we wish her the best of luck in her competitions at the World Championships.”

The ‘My Incredible Story’ campaign aims to showcase the incredible obstacles, challenges and journeys of some of the world’s greatest para-athletes in order to raise awareness about para-sport and people with a disability, helping to break down barriers and change perceptions. The first incredible story followed Brazilian Terezinha Guilhermina on her incredible journey as she overcame poverty and bullying to become a multiple Paralympic and World Champion. The second film looked to Jarryd Wallace, world record-holding American sprinter, who became World Champion just two years after having his leg amputated below the knee.

Giusy Versace, a member of the well-known fashion design company, speaks in the third film about how she managed to stay positive and motivated despite the life-changing effects of losing both her legs. She said:

“August 22, 2005 is a date that I will never forget because it has marked my life in two parts. It divided my life: there is ‘a before’ and ‘an after’. We can’t decide how to deal with the events, but we can decide whether to laugh or cry. The most important medal that I won was the day that I learned to look in a mirror and see Giusy still smiling and as proactive as before, even if I’m missing both legs.”

Versace took up para-athletics in 2010 by chance after meeting her now boyfriend who was also a para-athlete. She went on to win 11 Italian National Championship in the 100m and 200m T43 and break the European record in 100m T43 in 2012. She also won the 2015 edition of Italy’s, ‘Dancing with the Stars’, the first winner with a disability in the history of all international editions of the event. Versace set up her own not-for-profit organisation, ‘Disability No Limits’ and is an Ambassador for Qatar’s ‘Save the Dream’ charity, in order to promote sport amongst young people and inspire them to achieve their dreams and realise their full potential.

“The IPC Athletics World Championships represent a very important milestone. I went to Doha last year and I saw that there is a great desire to do, a desire to evolve and this may be an opportunity for many of them to learn, to look at our world with new eyes and new perceptions. I hope that Doha 2015 will help in discovering athletes’ personal stories.”

Giusy Versace will be participating in the 100m and 200m T43 events at the Doha 2015 IPC Athletics World Championships, which will take place from 21st-31st October at Qatar Sports Club. Over 1,400 athletes from 100 countries around the world will be competing in the world’s biggest single para-sport event, including Paralympic Champions, defending World Champions and world-record holders, as they also battle to qualify for the Rio 2016 Paralympic Games. 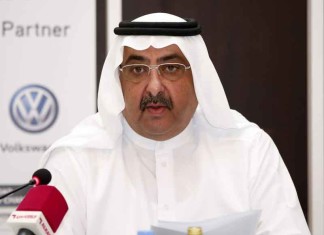 2
Cycling is a comparatively new addition to the country’s rich sporting heritage. But if you write a book on the discipline’s impressive Qatari growth,...