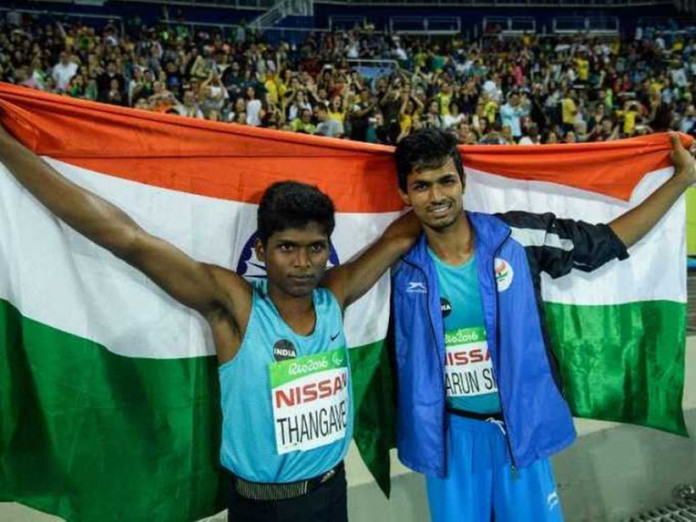 India’s Mariyappan Thangavelu and Varun Singh Bhati’s historic medals at the Rio Paralympics certainly came as a pleasant surprise for the whole country early on Saturday morning. And now the two athletes will be rewarded handsomely for their achievements on the biggest stage of them all.

Thangavelu, who won the Gold medal in the men’s high jump T-42 event, will get a cash reward of Rs 75 lakh, while bronze medallist Bhati will receive Rs 30 lakh from the Sports Ministry of India.Interestingly, the medallists from the Olympic Games last month, shuttler PV Sindhu (silver) and wrestler Sakshi Malik (bronze), were showered with cash rewards and lands from various state governments after their return from Rio last month.

Sindhu has till now received more than Rs 10 crores as cash awards from three state governments along with a two acre land in Telangana and a BMW car from V Chamundeshwarnath, president of Hyderabad District Badminton Association. Sakshi has also earned in upwards of Rs 5 crores in cash rewards and incentives and was also gifted a BMW along with Sindhu.

Not only the medallists, but gymnast Dipa Karmakar, who narrowly missed out on a medal in the women’s vault final, was also showered with cash rewards and other incentives. Dipa’s coach BS Nandi and Sindhu’s coach Pullela Gopichand were honoured with Dronacharya awards by the Indian government.

It will now be interesting to see if the athletes who are representing India and making the country proud, like Thangavelu and Bhati did, will be treated in the same way by the state governments and politicians when they return home from Rio.

Mariyappan Thangavelu made history as he clinched the gold medal in men’s high jump T-42 at Rio Paralympics on Friday. Another Indian Varun Singh Bhati won the bronze.

Thangavelu clinched gold with a jump of 1.89 metre while Bhati won the bronze with an attempt of 1.86m, which is also his personal best mark. The silver went to American Sam Grewe. India thus opened their account in Rio with two medals on the same day.

T-42 is a disability sport classification for differently-abled track and field athletes with single ‘above the knee’ amputations or a disability that is comparable.

The 20-year-old Thangavelu, with his stellar effort at Rio, became the first Indian high-jumper to win a gold medal at the Games. He is also the third Indian to win a gold at Paralympics after Murlikant Petkar (Swimming, 1972 Heidelberg) and Devendra Jhajharia (Javelin Throw, 2004 Athens).

After Thangavelu and Bhati’s feat, India’s overall medal tally in all Paralympic Games has reached 10 – three golds, three silvers and four bronze. At the 2012 Paralympics, HN Girisha became the first Indian high-jumper to win a medal. 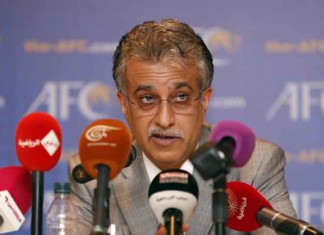 0
The AFC Champions League Final 2015 was another momentous occasion and a milestone in the history of the Asian Football Confederation’s flagship competition. AFC President...