CLOSE
Monday, January 24, 2022
HERALD SPORT www.heraldsport.com
Home Motor Sport Nasser Khalifa Al Attiyah congratulates Mohammed Abu Issa for his second position...
QMMF President and FIM Deputy President,  Nasser Khalifa Al Attiyah, congratulated Qatar’s rider Mohammed Abu Issa for his second position in the 2015 FIM Quads Cross Country Rallies and also Junior Cross Country Rallies.  Abu Issa participated in four of the six rounds of the FIM Quads Cross-Country Rally, winning the Abu Dhabi Dessert Challenge and the Pharaohs Rally,  finishing second at the Sealine Cross Country Rally and fourth at the Italian Baja. Unfortunately he could not take part in the Chile and Morocco Cross Country.
For Abu Issa, it was a very tough season but this second place is very satisfactory and boosts him to work harder for the future  “This year was a strong year for me with great developments in terms of the quad and team. Of course through the World Championship there were many challenges and tough races. I am pleased to have achieved 2nd place in the world in both overall and junior categories however this has defiantly made me more driven for the challenge of next year and winning the title! I would like to thank everyone involved for all their support, it couldn’t have been done with out you.”
‘We are very happy of the great results of Mohammed Abu Issa that he has been achieving during his young career and for sure more victories and titles will come. We are very proud that he can represent Qatar among a wide variety of competitors around the world and he is a young Qatari that is an example to the youth and continuing to supply Qatari excellent across many areas of sport.’ QMMF President said. 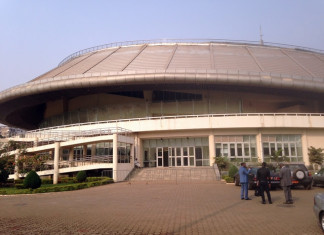 0
The AIBA African Olympic Qualification Event takes to the Cameroon capital city of Yaoundé between 11-19 March, with the continent’s best male and female...