AGADIR (MOROCCO): Nissan’s Adel Hussein Abdulla made the perfect start to his challenge for honours in the gruelling six-day OiLibya Rally of Morocco, the eighth round of the FIA World Cup for Cross-Country Rallies, when he held first position in the T2 category after the opening timed desert stage, near Agadir, on Monday.

The Qatari is running a Nissan Patrol with support from Nissan Qatar, Nissan Middle East and the Qatar Motor and Motorcycle Federation (QMMF) and reached the start of the next stage, near Agadir, 40 seconds ahead of the Saudi Arabian driver Abdullah Saleh.

The Nissan driver is a mere 11 points behind Yasir Saeidan in the points’ standings and, with double points at stake in North Africa this week, he realises the importance of achieving a good result alongside new French navigator Sébastien Delaunay.

“I finished the first stage ahead of all my rivals and that was the perfect start to what promises to be a long and challenging week,” said Adel Hussein.

The competitive action got underway on Sunday evening with a short, but nonetheless, demanding seven-kilometre Prologue stage. Yasir Saeidan recorded the fastest time in the T2 category of 5min 46sec, but Adel Hussein was more than content to shadow the Saudi to the stage finish in second position.

That gave him a strategic starting position behind his rival for the opening desert stage on Monday. Saudi Arabia’s Abdullah Saleh was third and Marat Abykayev of Kazakhstan finished fourth.

The opening day in the desert was split into two short timed sections against the clock of 69km and 50km in length. Saeidan posted the target time in the opener of 1hr 05min 10sec. Adel Hussein was running 10 minutes behind the Saudi on the road and he eventually carded a stage time of 1hr 03min 02sec to storm to the top of the T2 leader board, closely followed by Saudi Arabian driver Abdullah Saleh. Saiedan was third and Abykayev was fourth.

Four further selective sections of 291km, 315km, 319km and 230km take place from Tuesday through to Friday, with the route heading from Agadir to a finish in Erfoud via the notorious Erg Chebbi on Friday afternoon. 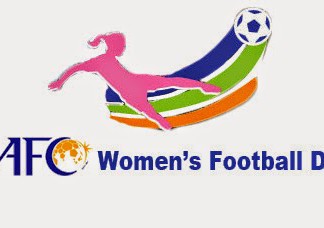